In the last week, my paper was accepted at CoG(Conference on Games) 2019 held at London QMUL University, so I presented my paper at CoG2019 and came back home. It was my first time to speak English when I attended the first conference of my life, but I did what I have to do. Personally, it was a stimulating time to see the presentations of world-renowned researchers, so I leave a review before my memory fade away.

The conference, which was Computational Intelligence and Games(CIG) until 2018, has been renamed Conference on Games since 2019 to expand its reach. The topics covered include many papers on AI and PCG, but there were also papers and presentations in various fields such as player modeling, serious games, narratives, and e-sports.

If there is an AIIDE(AAAI Conference on Artificial Intelligence and Interactive Digital Entertainment) centered on the west side of the United States, CoG, which is centered on researchers from the eastern United States and Europe, can be cited as two major conferences on game. 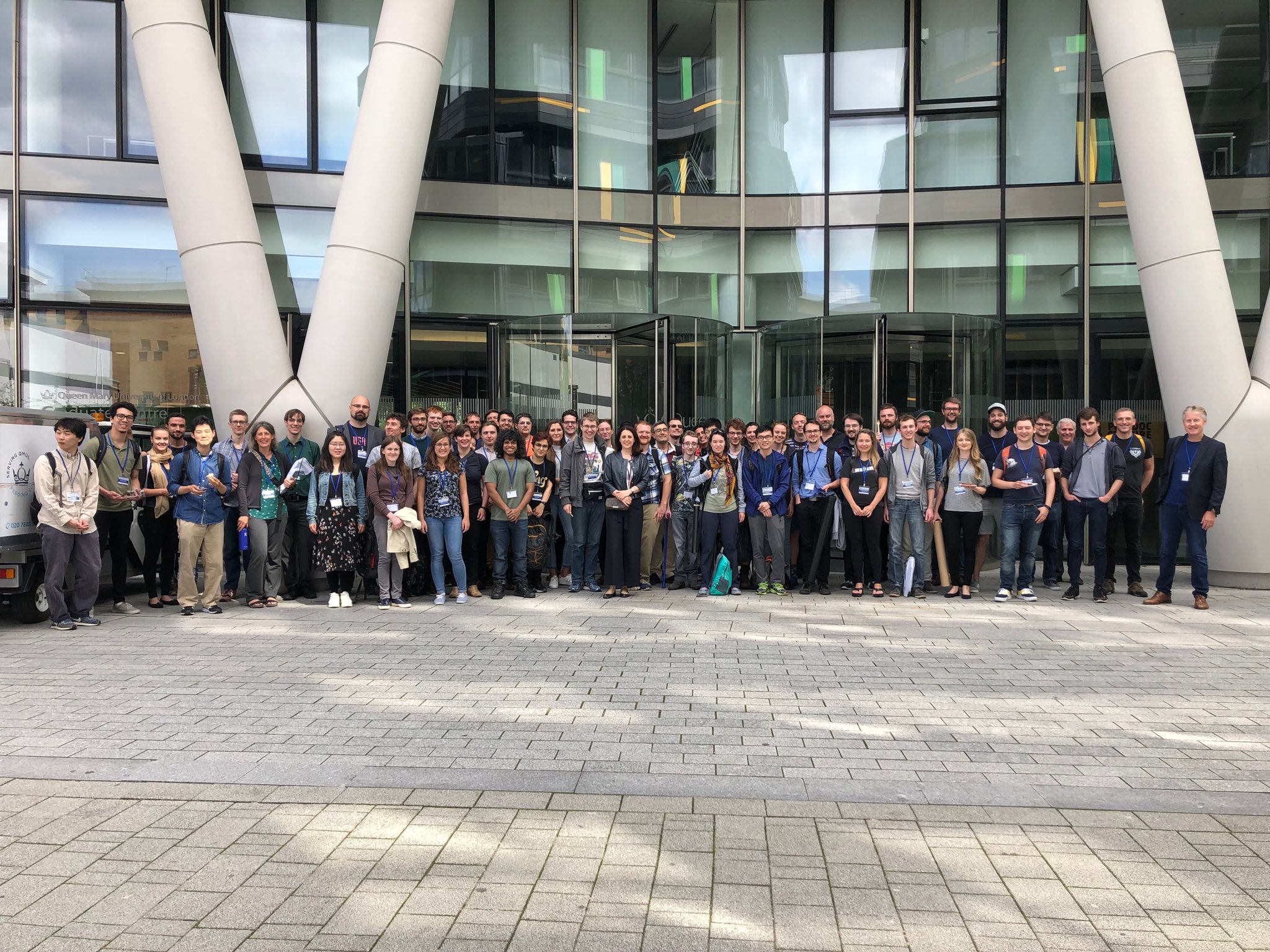 A group of young researchers on the second day. I did not go because I was old. Photo Source Tweet Link

One of the things I felt about CoG2019 was diversity. A total of 12 competitions were held, including Angry Birds, StarCraft and Minecraft, and there were winners for each. I also participated in the first bot-bowl competition and I was lucky winning for second place. However, since there are so many competitions, the number of participants in each competition has become an issue. So there was a panel discussion about the winners during the presentation. Some commented on reducing the number of competitions and concentrating on the rest, while others said they should not prevent more competitions in order to maintain diversity. I personally agreed with the latter, but it was impressive to have a free discussion of how the competition was going. 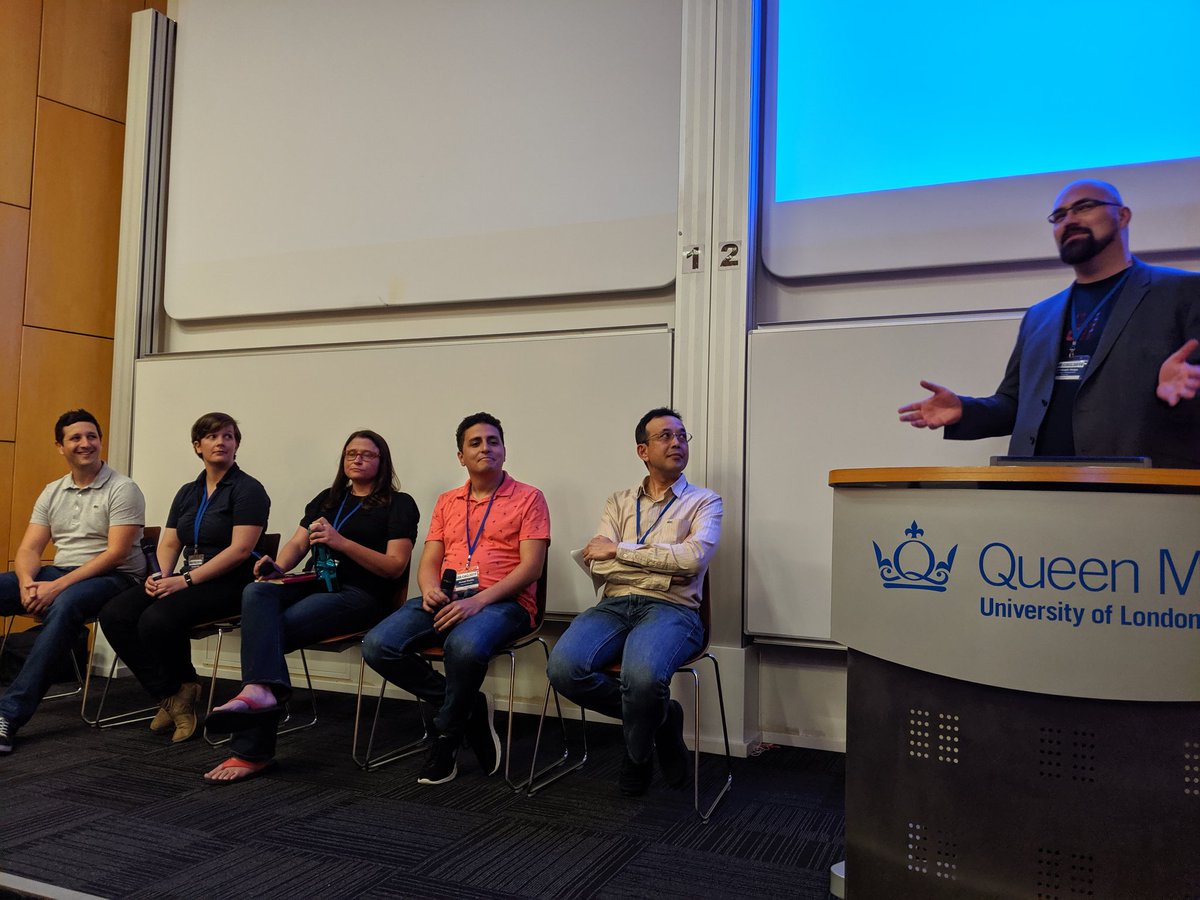 Diversity was also found in the research field. In addition to deep learning and reinforcement learning, which have received the most attention lately, articles have been published in various fields such as evolutionary search, cellular automata, and problem solving using algorithms.

I will briefly introduce two papers that I heard directly. The first is “Solving Strong and Weak 4-in-a-Row” by Professor Jos Uiterwijk of Maastricht University. Turn-based board games, such as 4-in-a-row, have the first player unconditional advantage assuming optimal players, and if the first player (black) is first on 5x6 and 4x9 boards or more, they will win unconditionally.

If the first player (black) is placed first on 5x6 boards and 4x9 boards or more, you will find that the number of winnings will be unconditional when you play optimally with each other.

Also new is “Evolution of Kiting Behavior in a Two Player Combat Problem” by Pavlos Androulakakis of Ohio State University. Experiments using evolutionary algorithms to find optimal control in two-player combat simulations show that performance may be better when evolutionary exploration of grid parameterization results than movements that are considered optimal. 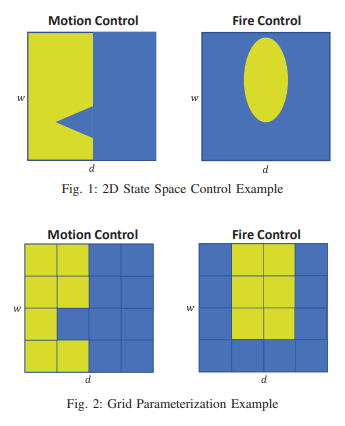 Performing an evolutionary search with grid parameterization can result in near 2D State Space Control optimals, and may even improve performance.

In CoG2019, several attempts were made to create a framework. The framework allows you to do a variety of general research away from specific research, and to bring other researchers into the framework to improve the quality of the overall research.

Professor Cameron Browne’s team, which created Yavalath in an evolutionary search, published four papers, one of which was the ambitious paper on Ludii Portal (“Ludii as a Competition Platform”). It’s a platform that not only allows you to write games with simple rules like Yavalath, but also analyzes and evaluates the design aspects of the game and provides online matchmaking for each game. There are some parts that have not been developed yet, but it was a good way to study the game. OpenSpiel, recently released by Deep Mind, seems to be making similar attempts by providing a research / study environment for 21 simple board games.

On the left is Yavalath’s rules, on the right is the game screen. The winning condition is 4-in-a-row, but if you make a 3-in-a-row before that, you lose.

Mads Johansen of the University of Copenhagen announced a paper “Video Game Description Language Environment for Unity Machine Learning Agents” that builds a learning environment that incorporates the Video Game Description Language (VGDL)1, which is known for use at the GVGAI Competition, into Unity’s ML-Agents. Unity’s ML-Agents can be easily applied to the latest reinforcement learning algorithms such as PPO with a single click, so it is easy to set up the game environment.

Representation and rules of the zelda-like game presented in the VGDL paper. Source Link

In this year’s CoG2019’s Best Paper Award category, a total of six candidates were selected, three of which were papers used MCTS. MCTS, which has been a powerful methodology of reinforcement learning, seems to have received the most attention since its use in Deep Mind’s AlphaGo and AlphaZero. Each paper is as follows.

The first two papers are on AI, but the last one is the use of MCTS in PCG. Whether the use of MCTS for narrative creation has worked positively, the paper won one of three Best Papers. In CoG2019, there were nine papers with MCTS or Monte-Carlo Tree Search on title, about 5.6% of the total 161 papers.

PCG has always been one of the main themes at the gaming conference with AI. Here are two PCG papers that were impressive.

“Taksim: A Constrained Graph Partitioning Framework for Procedural Content Generation”, presented by Ahmed Abuzuraiq of Simon Fraser University, Canada, described how to move graph structures to spatial structures (maps) using Answer Set Programming. It’s similar to how I used WFC to map a graph structure that I worked on before.

Presented by Sarjak Pankaj Thakkar of New York University, “Autoencoder and Evolutionary Algorithm for Level Generation in Lode Runner” has shown good results using Variational AutoEncoder and evolutionary exploration in level generation. I’ve created a level with Variational AutoEncoder in 2017, but it didn’t produce good results. It was a methodology that I personally wanted to try. 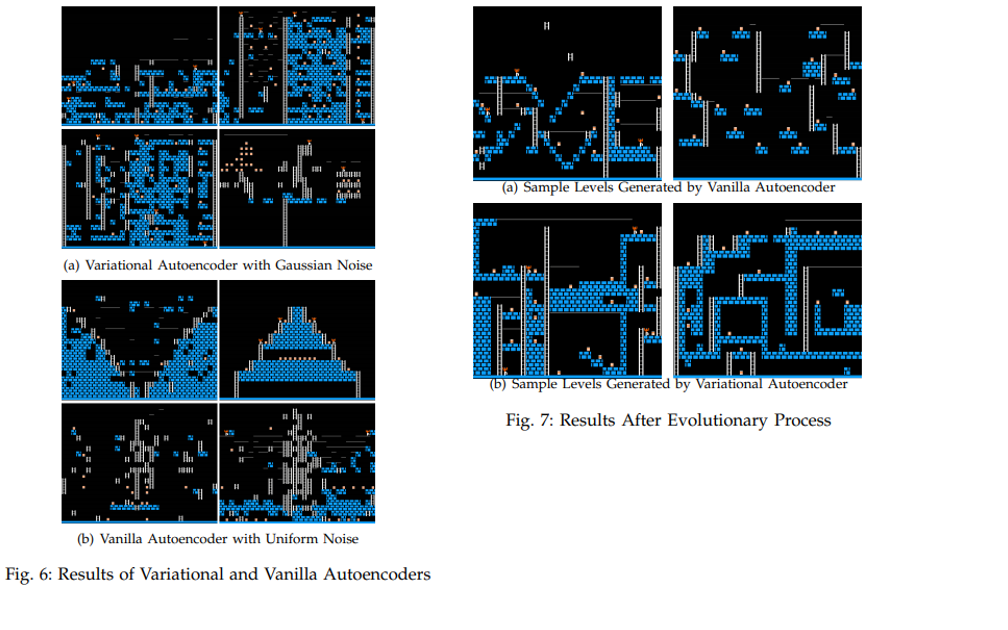 After all the schedules and presentations of the conference, I thought a lot on the plane when I returned home. Am I doing well? What direction do I need to research in the future? It was a time to learn a lot about what people think and what they do on the world stage.

Next year’s CoG2020 will be held in Osaka, Japan, where General Chairs were jointly organized by Professor Kyung-Joong Kim of GIST and Professor Ruck Thawonmas of Ritsumeikan University in Japan. Since Seoul, Korea in 2011, and Taiwan in 2015, CoG will be held in Asia after a long wait. If you are interested in seeing this article, I hope to see you at CoG2020 next year. Thank you. 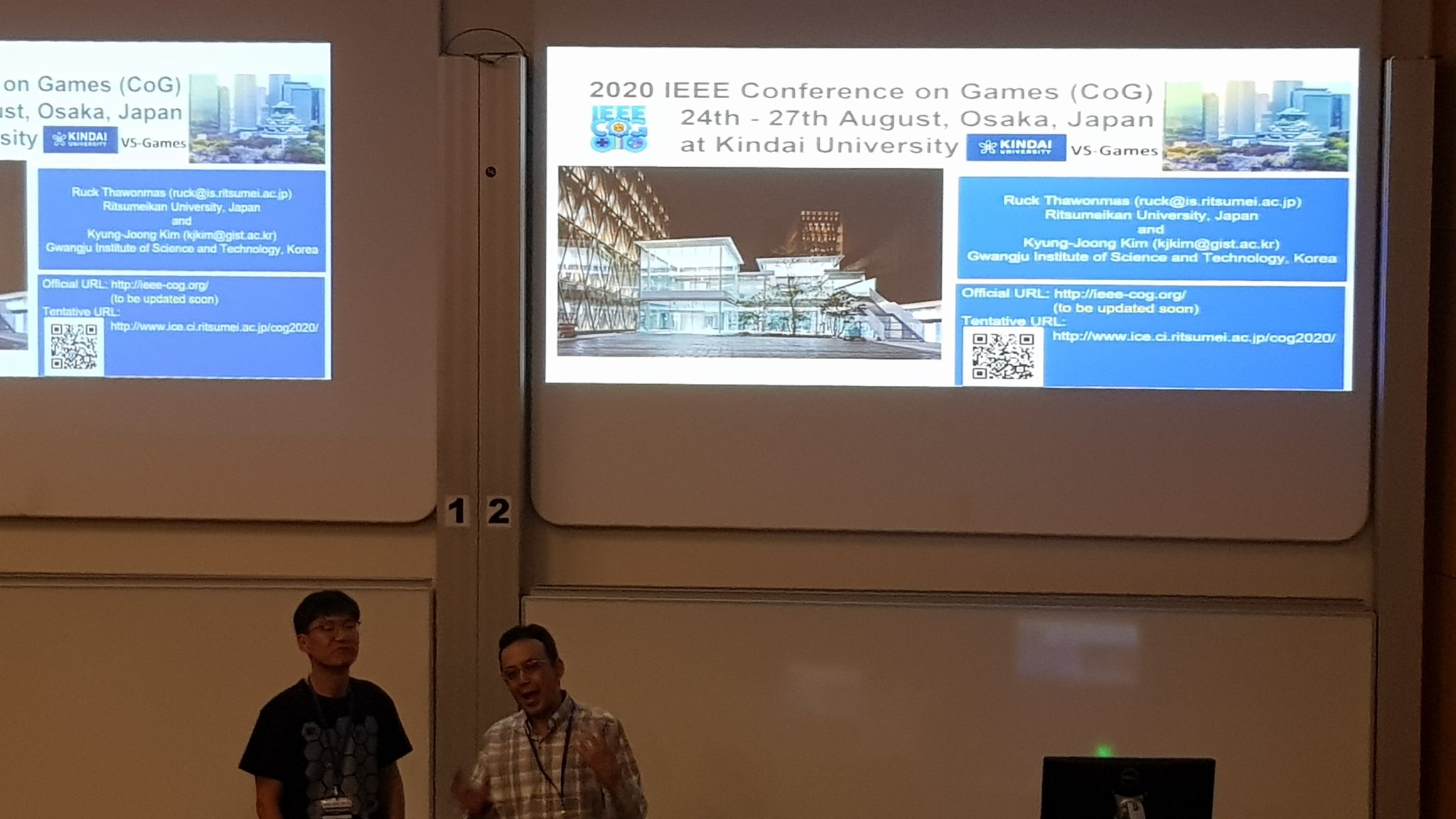 I hope I can go again next year! To do that, I have to write a good paper. Photo Source Tweet Link